This month’s meeting was held at the Test Farm lodge due to the Extension Center being used as a polling location for local elections.

Bill Skelton, director of the Haywood County Extension Center, called the meeting to order in the absence of HCBC President Rick Queen and welcomed several visitors.

Bill announced that the December meeting will be a covered dish supper and fellowship, which will be held Tuesday, December 03, 2019, at 6:30 P.M., at the Haywood County Extension Center.  The Club will provide meat. Please come join us and bring a side dish to share.  A fundraising dessert auction will also be held with proceeds to go to the Club’s coffers. Please bring a cake or other dessert to contribute.

Club elections will be held at the December meeting.

Current Hive Observations: Some folks are noticing an increase in small hive beetles this year. Others are noticing a decline in colony populations; especially folks who have Carniolans, which tend to winter with smaller clusters.

Bill Skelton advised that now is the time to take inventory of equipment, take note of what worked in your apiary this year and what did not, and plan for next year. If you plan to order packages or nucs, be sure to order early.

Door prizes were given, which consisted of two $15.00 gift certificates from KT’s Orchard and Apiary, and some small hive beetle traps donated by Mac.

Bill Skelton introduced tonight’s speaker, David “Zach” Zachary, who is our phenomenal webmaster, and who owns and operates ZBees Apiary. Zach gave an amazing and most impressive program on having an Apiary Management Plan, which stressed the importance of keeping hive records and developing a plan to manage your apiary. 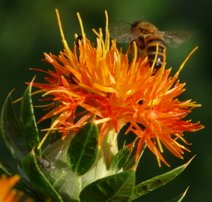