Paul Lott has been around bees his whole life. In Florida, his father worked 200 hives in the late 1960’s and early 1970’s. When Paul moved to North Carolina in 1998 he began to study honeybees and getting stung often. As he learned more about honeybees, he became more fascinated with them. He has gone from two hives up to forty or more hives on occasion. Typically, he cares for fifteen to thirty hives.

Paul has dabbled in queen-rearing and placing pollination hives for farmers. Lately, he has joined in the battle to just get bees through the winter and protect them from the Varroa Destructor and accompanying viruses using his medicinal mushroom preparations. It is Paul’s hope, God willing, to continue to study, learn, and perhaps assuming a teaching role as life moves forward.

Paul and one of his many beehives

Catching a swarm of honeybees -

Definitely not for the faint of heart. 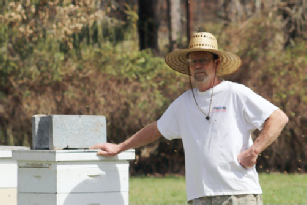 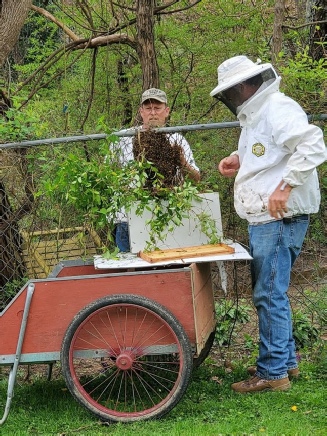 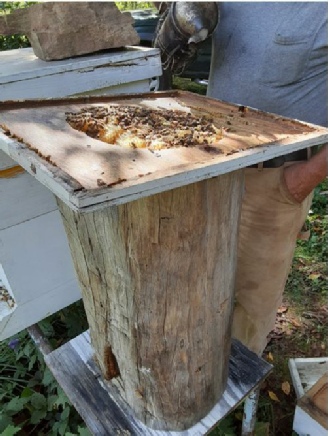 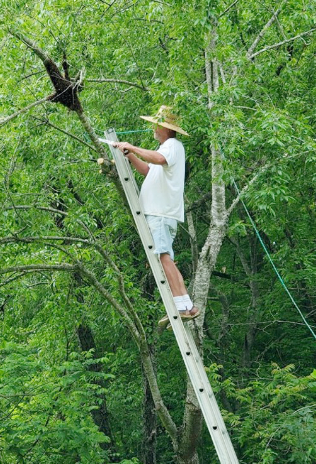 Putting the swarm in a Nuc box

Honeybees in an old tree stump.

Scenes from the Lott Farm Apiary